The upcoming Social Enterprise Conference organized at Harvard University on February 27th and 28th, 2010 has an interesting opportunity for young social enterpreneurs. In addition to promising a solid program full of innovative and socially-driven speakers, the conference organizers are launching an elevator-pitch competition called, "Pitch for Change."

Pitch for Change is open to individuals and teams with an idea for a new social enterprise venture. The criteria for submissions help teams write down their ideas following a short and sweet business plan model. At least one team member has to be a graduate student.

If you have an idea that can create change --local or global-- write up 500 words about it and submit it here. You may end up being a semi-finalist and get the opportunity to present it at the conference.
Posted by Idil Cakim at 4:29 AM No comments:

I was chatting with a friend of mine about the role of social responsibility in fueling consumer spending. She heads up strategy and research in the leading ad agency in Turkey. No wonder she is in charge of research; the next day she sent me a link saying 'This is the model you were talking about.'

Her link lead me to Gercekten.com, a Turkish portal that offers customized gifts to your loved ones, signed by the celebrities joining the portal's cause to raise funds for charities. Money raised by these purchases go towards non-profits that help the sick and the poor. All listed non-profits are highly credible and carefully vetted.

As a user, all you have to do is choose your celebrity, pick a gift (this can be a poster or a t-shirt from the celebrity) and write a short message you'd like the celebrity to say in a video. Once you pay for the gift, the proceeds go towards your choice of non-profit, the gift goes to your friend and you and your friend get a unique video message from the celebrity, saying what you wanted him/her to say. You can then forward the celebrity's message, post it on Facebook or YouTube. So, the celebrities also increase their popularity and get media attention.

All involved parties win. The celebrity gains new fans, the consumer gets a unique gift, the non-profits and the portal get their share. Nice formula!
Posted by Idil Cakim at 4:24 PM 1 comment: 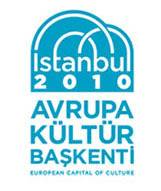 Istanbul is the culture capital of Europe in 2010. The agency in charge of this initiative and Pera Fine Arts gallery coordinated a competition among Turkish designers and craftsmen to create portable gifts with Istanbul theme. The finalists were selected by a group of art professionals and the winners were determined by online Istanbulis who voted for their choices at Pera Sanat. Here are a few items that I loved. I wish there was no weight limit on luggages... 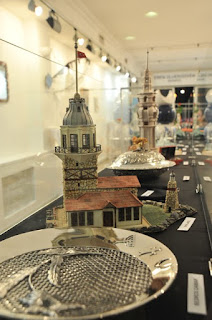 The one in the center is a replica of the Maiden Tower. The story goes that a psychic tells a Byzantine king that his beautiful daughter is to die at a young age. Fearful of such horrific fate, he orders his daughter to seclusion at the Maiden Tower, which is on a tiny island off the coast of Istanbul. Little does he know that the young princess has an admirer who misses her very much. He sends her flowers to the tower to declare his love. Unfortunately, a snake hides among the flowers and as she leans to smell the bouquet, the snake stings her. Beautiful girl meets her fate at the Maiden Tower...

And that is an absolute Istanbul story: melodramatic!

I leave you with an alternative look at the Istanbul skyline, served on a silver spoon. 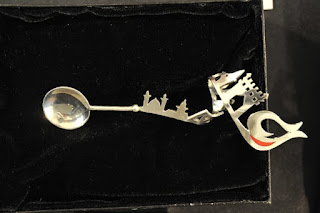 Posted by Idil Cakim at 4:45 AM No comments:

This year's MARKA conference (Marka means brand in Turkish) just wrapped up today. Here's a link to its English Web site. It was at the Çırağan Kempinsky Palace Hotel...where the Sultans used to live (not your run of the mill hotel ballroom, baby).

Among speakers were the following:

- Christian Louboutin...He makes lovely stilettos with red soles. Hats off to anyone who can sell a product where buyers pay thousands to pound on the differentiatıng trait

- Ze Frank - viral marketer, musician, designer. Frank is involved in a very interesting and worthwhile campaign in partnership with Samsung. Participants create art with their phones and raise funds to help Architecture for Humanity or the Nature Conservancy. You take your photo wearing something colorful or standing in front of a colored background. You add color to it...guess what, using Samsung's Corby. Final step: Uplod your photo for voting. To participate, click here.
Posted by Idil Cakim at 11:03 AM No comments:

What to do in 2010: Better target, distribute and measure

2009 went by fast, crazy, busy... All of my colleagues were powerpoint heroes and road warriors. With the economic downturn, budgets are spent more carefully. Smart marketers ask to see where their money is going and which ideas will bring them return. Apps, Facebook, Twitter, house parties, sampling...name the tactic or channel you want, but you need to match it with a plan to target, distribute and measure.

We were brainstorming in the office the other day and a dear colleague who works on traditional media asked me a broad question: "What works in social media nowadays? And what doesn't?" There is so much excitement around fan pages and Twitter handles that it is easy to forget that you need to devise a plan around these initiatives. Otherwise, you're relying on luck for audiences to understand, embrace and pass along your message.

What happened in 2009? It was the year of the clutter. Touch-screen technology and apps became mainstream. Developers started forming small companies that focused on applications, which work across multiple platforms. Newspapers took ads about apps. Amazon announced that it was selling short stories and planned to be the iTunes of publishing. Here's the take away: Content is king, but it's smaller than ever. It's parsed into byte size bits. So, you need a truly creative strategy and smart distribution plan to break through the clutter.

What doesn't work in social media anymore? A Facebook fan page, a widget, an app.... that you just develop and post out there.

What works in social media? A Facebook fan page that with sustained activity, that goes beyond pushing updated news to audiences. A widget or app that is tied into a wide distribution network, targeted to the right audience. More importantly, apps that deliver value and utility.

2010 will be the year of truly creative work in social media. We will need to grab audiences attention and rise above the crowd. And only those programs built on solid foundations of targeting, distribution and measurement will break through the clutter and make their marks.
Posted by Idil Cakim at 11:24 AM 1 comment: