Like many Turkish people, I am a fan of Sertab Erener - a pop singer with an amazing voice that transcends ... well, it just rises above all. Her fame spread to Europe when she brought the famed Eurovision song contest trophy home. Her talent is evident to all who hear her songs, whether they can understand the Turkish lyrics or not. So, you can imagine what I thought when I saw an email from Twitter saying that Sertab Erener was now following me. "Her handlers are hard at work, adding anyone with a Turkish name out there," I said to myself. Wrrronngg!

I clicked on the link to find Sertab's photo taken with a Web cam (she changed it since then) with updates that were obviously written by her, in first person. Then I started jumping up and down saying 'Ohmigawd, ohmigawd, Sertab Erener is now following me on Twitter.' I returned the favor immediately of course and told everyone in the office who would listen.

Sertab is also posting updates to her Facebook fan page and she sends her updates through Friendfeed.

Sertab's writing voice is as clear as her singing voice. Her genuine personality comes across as she uploads family photos, tells followers when she's feeling a bit under the weather and shares how she's preparing her upcoming album. It's called Painted on Water, due on June 9th.

I would have bought the album anyhow, since I am a fan of her music. But her spot-on approach to social media and one-to-one conversations with fans makes me want to buy a few as gifts.
Posted by Idil Cakim at 11:54 PM 4 comments: 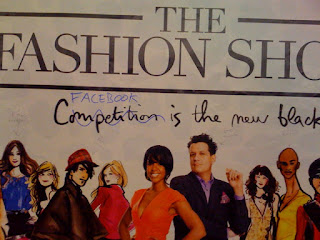 I took this photo this morning at the Carroll Gardens subway station in Brooklyn, New York.
Posted by Idil Cakim at 9:24 AM No comments:

The sci-fi film, Terminator Salvation, is going to be released in the US on May 21st. But fans can already get into the action by playing a related game on Twitter. The main page for the game is here and you can check the Twitter account for updates every few hours, get a Resistance trivia assignment and reply to it.

My friends at The Game Agency (who may have had something with the creation of these games) pointed out that there was more to the game...on Facebook!

The application, titled Terminator Salvation: Join the Resistance, lets users create a squad, invite their friends to join to patrol a grid-like map, much like Battleship, with the rest of their squad looking for Terminators.

The gaming strategy seems to be a smart one as fans are counting back the days until they can watch the movie on the screen. In just three days, more than 2,600 follower on Twitter and close to 800 fans on Facebook are engaging with the film's content.
Posted by Idil Cakim at 11:32 PM No comments:

I love reading graphic novels. You need to be a visual artist and a great story teller to master one. It gives me great joy to see increasingly broader sections of bookstores to be dedicated to this form. Yet, this link I came across through my LinkedIn Twitter group opened my eyes to wider possibilities. Blank, the graphic novel is available page by page at a Web site, on Twitter, Facebook and also on YouTube. While the Web page has about 100 subsribers, @BlankMustDie has more than 1,500 followers.

According to Blank's YouTube channel, this is a graphic novel 'in the tradition of Watchmen, with heroes, villains, victims and complex story threads, although the heroes in Blank are more anti-hero and noir.' The creators, Ian LeWinter (writer, creative strategist) and Don Richmond (illustrator, writer, creative strategist) say that Blank will be unveiled in real-time to its audience as the graphic novel is created. They will give their followers the chance to get involved in the story. The Facebook page's comments are a testament to this effort.